I received a request some time ago for a story involving a Daddy Dom, and his little. At first, I didn’t think it would be too hard to do, as I’ve seen Daddy dom/little relationships in the past. As I began doing some research into this particular BDSM lifestyle, I found that this lifestyle is actually far more complex than I initially though. In my prior experiences, I had only ever seen the sex side of the relationship. At the time, I assumed that’s all there was: two consenting adults enjoying sex with each other, and each roleplaying their part as the sweet, innocent girl, and the protective, dominant male. In reality, there is far more to it than that.

I initially began writing a short story for the reader who requested it, and was nearly half-way through, when I had to stop and consider how this ‘little’ was supposed to behave in response to her Daddy. After reading page after page of info on Daddies and littles, I scrapped the story. It was clear I knew next to nothing about them. I couldn’t, in good conscience, write the story that was requested until I knew, for certain, I understood well enough to do the reader’s request justice. I still don’t think I have a full picture, but allow me to break down all that I’ve learned about them.

Dynamics: each needs the other 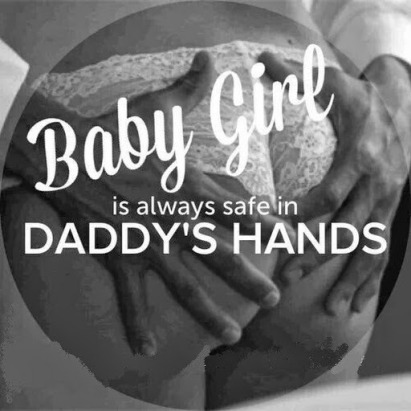 For the DD, their greater desire is to fulfill the role of caretaker, provider, and cuddler, as well as a variety of other little roles he may need to perform at various times. The need to be a provider, and have someone who looks to you for care, is deeply embedded into all male genetics. Even with the current generations fighting to take down traditional gender roles, as they were, it’s still not an easy thing to completely stop someone from doing what they are genetically programmed to do. For many men, we can hold back our desire to pay for meals, take care of the bills, fix furniture, or even build new ones. But, for a DD, it’s a part of them they do not wish to give up. It would hurt them too much to not be relied upon, to not have someone who comes to them when a task needs doing, and to be shown gratitude when they do.

To be clear, DDs do not think of themselves as a father to their lg, nor does the lg see him that way. The title of ‘Daddy’ begins and ends right there, as a title alone. Similar to a Master role in a BDSM relationship, but there are a few important differences: a DD must have a softer touch, he must encourage his submissive to be the lg she is inside, and he must be nurturing and playful at all times. A good example of his role is his display of dominance over his submissive lg. Most DD/lg relationships come with a list of rules for both parties to follow, almost always written by the DD. The rules may be as strict as “Daddy’s word is always final”, to something as specific as a procedure for when, and where, an lg can go out with friends.

This serves a dual purpose: it establishes dominance, so the lg is always aware of who’s in charge in the relationship, and the consequences of disobeying those rules. It also serves to help the lg feel cared for, by accepting responsibility for her actions, and knowing that her DD will continue to take care of her as long as she obeys the rules. But, in addition to laying down the law, a DD must also be soft. he must always be cuddly, willing to brush her hair, give her a bath, provide her with coloring books, sweeties, stuffed animals(stuffies), pretty clothes, and other things she may desire. All of it is in the pursuit of making sure his lg feels loved, and cared for.

As for the lg, they are the polar opposite of a DD. Some would even say the other half to them. Whereas a DD yearns to be a caregiver, an lg loves to be cared for. Often times, the first thing anyone thinks when they see an lg is how she must have some deep-seated daddy issues that need to be resolved. I’ve done enough looking to know, this couldn’t be further from the truth. An lg isn’t looking to receive the attention they never got with their biological father, but instead, find that stage of their life more preferential. Most lgs actually go through their lives as any other person would. They have jobs, responsibilities, friends, family, and they take the role of the responsible adult in those areas of their lives. But, when they cross the threshold of their homes, and into the arms of their DD, they return to that world of innocence, and care, that they love so much. They know that Daddy will take care of them, and they know how much Daddy loves them.

When it comes to their daily lives at home, they will react as any little girl would. They will play make-believe with their stuffies, giving each one a name. They sit, and try to concentrate as they color inside the lines of their coloring books, they want to be held in Daddy’s arms, sit in his lap, watch Disney movies, go shop for more stuffies, eat ice cream, and cuddle with Daddy when they go to bed. They crave affection, and are happiest when Daddy gives her compliments.

Another aspect that’s often adopted in a DD/lg relationship is Age play, in which two consenting adults roleplay as though one is a much younger age. This is, of course, only ever done in a roleplay sense, and never used outside the consent of the two adults who take part. In addition to the lg letting out the little side of herself, she may also want her Daddy to take on extra responsibilities associated with caring for a little girl. This may include(but not limited to): diapers, binkies, bottles, and feeding them. However, not all DD/lg couples engage in all of these. Some may only engage in one or two, some do all, and some do none of these things. The specifics are different from couple to couple, and is always negotiated beforehand by both adults. There’s even more to Age play than what I’ve listed here, but much of it is quite specific, and detailed. If you’d like to know more about Age play, I recommend making a search online. There’s lots of great information out there, written by people who live the lifestyle. They could probably explain it to you way better than I can.

To you, dear reader, who requested the story: I’m sorry it’s taking so long for me to finish it. I’m just trying to make sure I get all the facts right, and write your story in a way that does the sub-genre justice. I appreciate your patience, and I promise, I haven’t forgotten you, or the help you gave me.

I’ve been anxious to write another post about another lifestyle, ever since the huge attention I’ve gotten from my last one: The Mystery of Primal Play. That post has received a ton of attention, and is still the most read post every day since I posted it. If this post also receives a lot of attention, I may do more of these.

Thank you for reading! Tell me, are you in a DD/lg relationship? What’s it like for you, and what do the two of you like about that relationship? If not, is it something you’d like to try? Share your thoughts with me below. You can also follow me on Facebook and Twitter by following the links in the footer below. See you next time!

2 comments for “The World of Littles”