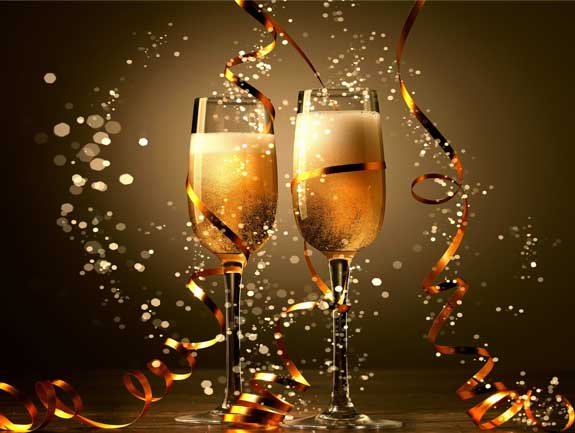 I want to take this moment to say, first off, that all of you who follow me, signed up for my email list, speak to me on social media, sent me story requests, or just regularly stop by to read what I have; you guys are some of my favorite people. It’s because of you guys that I’m motivated to keep doing what I do here on Forbidden Writings, despite what pitfalls I’ve had in my life this past year. When I started this site on WordPress more than two years ago, I didn’t think I’d still be doing it today. I was almost positive this would just become another blog that disappeared when I realized no one would want to read it. Was I ever so wrong?

Lots of great things happened over this past year that I’m very grateful for doing. As you all know, making this site official, and purchasing the domain was the biggest step I’d taken. I was worried about investing money into web hosting, especially if it felt like I should have just quit sometimes. I regret that I didn’t write more this year, but I do feel somewhat accomplished by how much I managed to publish this year anyway. So the first thing I’d like to add to my list of New Year’s Resolutions is: write more content in 2018.

I also conquered my fear of using social media to promote my work, as I felt like I’d just be adding more spam to the pile. It took some time to get the hang of it, but I received a lot of great advice from friends and readers. Most of all, I was scared I would simply be ignored if I tried to put myself out there. But surprisingly, I was well received, and my site got a lot more traffic. To those friends, you guys are rockstars, and I’d be a lonely twitter account without you guys!

Forbidden Writings is also doing book reviews now, much to my surprise. I wasn’t sure if it was a direction I should go, at first, but it’s really helped to diversify my work. My first review was for an erotica written by my good friend Christian Kennedy, and that review gained a lot of attention. Nearly three hundred reads in the first day and a half it was published. I’ve done a few more since then, and the response has been outstanding!

I’ve also started to receive work as well. In the beginning, I was writing stories based on my own imagination, and not getting very far. Not that creativity was a problem, but more a problem with pushing that creativity beyond this little box I was in. I’m learning more and more that some of the kinks that I once thought were only in the minds of the very perverted are also in the minds of people you would never suspect. There’s a greater demand for the more taboo fetishes than one would imagine, and exploring these has somewhat become my mission on Forbidden Writings; as well as writing stories about them. I’m finding myself with more work than I can really keep up with!

As for this upcoming year, I have a few resolutions that I want to keep; both for myself, and for this website. As I mentioned earlier, I want to create more content this year. Secondly, I want to push my creativity even further, and mix more taboo into my plots. Finally, I want to expand on what I’ve already done with Forbidden Writings. This means more implementations, and more input from all of you. I’ve already taken the first step towards that with the new Dear Charlton page, which is where I’ll be answering questions from people like you, and the community, on subjects of sex, sexuality, and the erotica genre. There’s nothing there at the moment, but if you’d like to submit a question to start it off, you can send it through the Contact page. In the future, I’d like to expand things further with submissions from readers, where your stories can be read here as well. All in due time though.

I’m honestly excited to see what the next year will bring. And I hope you’ll all accompany me for the ride. Here’s to another year of hot sex and steamy, one-handed reads! Cheers!!