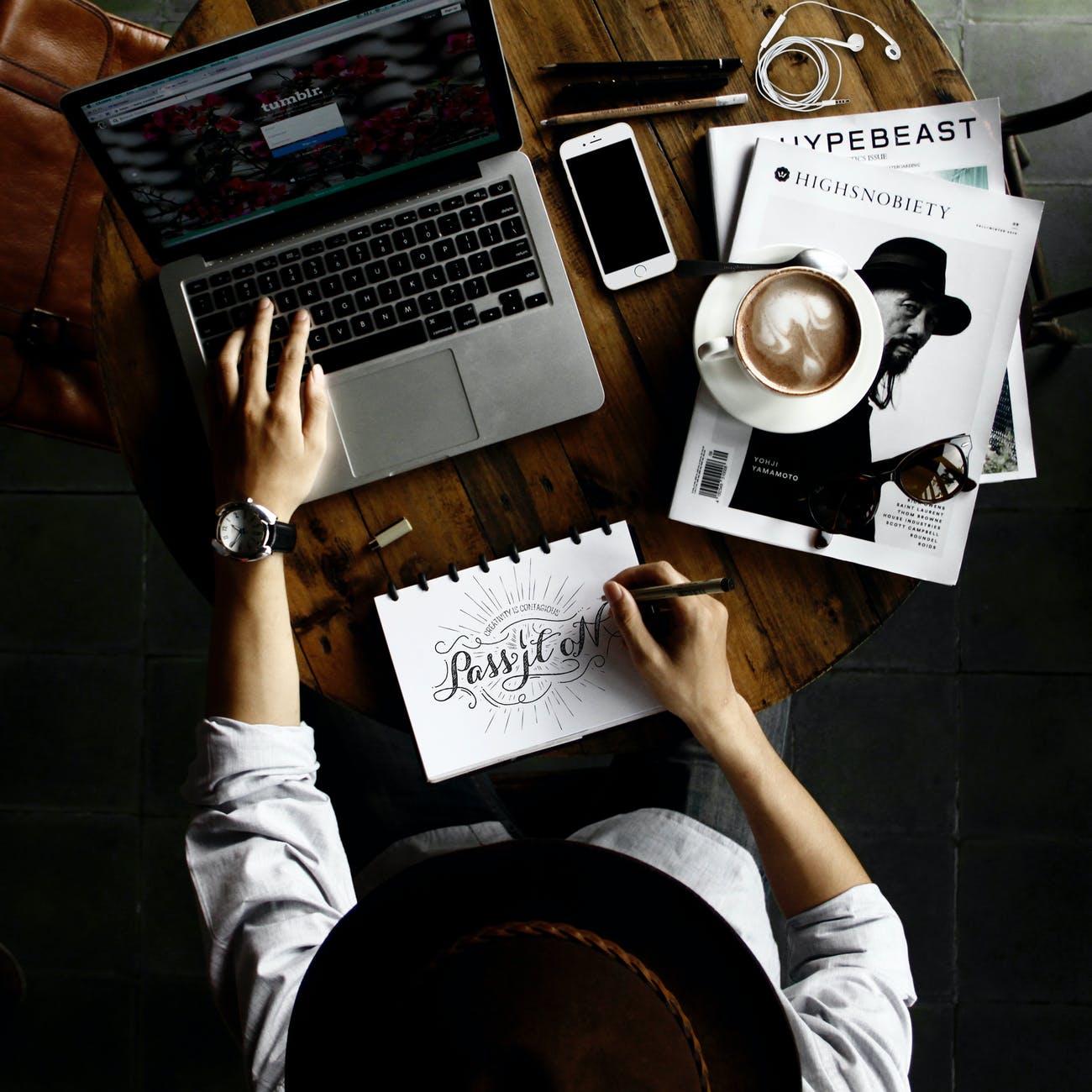 Should you find yourself reading this blog post, it should be very clear why. Because there is a stack of unfinished projects cluttering your desk, or filling up your notebooks. Because there are so many of them and some that have been sitting for months without any progress. There’s simply so much to do, and chances are, the ideas keep coming faster than you can put them to paper. It is not just authors and bloggers who have this issue, but creatives of all types in all mediums run into this very same problem. An idea is formed one day, so they find the time and headspace to sit down and begin this new project. They get so far and stop to take a break before continuing. However, it’s not long before a new idea pops into their head, and all of the sudden, it’s all they can think about.

This is just one manifestation of the vicious cycle that comes up many times throughout the career of the creative mind that leads to a stack of unfinished projects and WIPs that many will swear they’ll ‘get around to it’ or ‘need to clear from their desk first’. It’s a promise made with all the best intentions, but the truth is, there’s always the possibility that some projects will simply never see the light of day again. This shouldn’t be seen as a bad thing, and it’s counter-productive to offer advice suggesting that they keep at it, or shouldn’t quit. But this isn’t a failure either. Your idea wasn’t a bad one or a waste of time, but an exploration into your creative stream of consciousness. This isn’t an exhaustive, or final, list of things you can do to avoid creating a stack of unfinished projects. But it might help you get you on the right track to make sure it doesn’t get any bigger. And if you have any tricks or perspectives that should be added to this list, I encourage you to add them in the comments at the end.

This was one of the most important lessons I learned at the beginning of my creative writing career and came to me from a friend majoring in film writing who summarized it very well for me by saying, “You should know at least some of the beginning of the story, and some of the middle. But you should know exactly how it ends. Knowing this means that, as you write your first draft, everything you add or use is in service to reach that conclusion.”

This stuck with me for a very long time, and I found it becoming more and more useful each time I started a project. I would get a new idea almost every week and found it was only the ideas with which I knew the ending that would only ever get finished. The reason for this, I believe, is because most story ideas come to us in the form of a scene from somewhere in the middle of the story. It’s easy enough for a writer to write the beginning, and find the means to reach that middle scene, but hit a wall when they’re unsure of how it should end. It’s important to remember that a conclusion should include how the character’s arc lines up with the story’s arc, where a lesson is learned, and should always leave the reader feeling satisfied.

If you go into a story idea without having a good image of the conclusion, it’s very easy to hit that wall just a short way’s in.

Oftentimes, you may reach a particular point in a story where you stop in your tracks because you simply don’t know how to articulate what comes next. It’s not a matter of the plot, you already know what happens next, but how do you segue from this scene to the next one. This is a terrible wall that creatives can run into, but not an insurmountable one. Read over the last few paragraphs, aloud if you can, and test the story progression. If something feels off, remove the last few sentences, or even a paragraph or two, and try writing the same scene. Change a bit of the wording, and maybe even a detail or two, and see if it becomes easier to segue from there.

Creativity itself tends to be something many of us hope for, pray for, make willing sacrifices just to obtain. However, it’s not something we can just obtain out of thin air, either. It takes practice and time, and always begins as something small. But you may be surprised to hear that your creativity is not exclusive to your craft either. If you find that you’re running out of ideas in one craft, it’s ok to stop for a time and explore the possibility of finding happiness doing something else for a while. You might grab some colored pencils and fill in a coloring book, arrange colorful leaves into pleasing patterns, widdle down wood before drawing on it with a wood-burning pen, play a video game, or a board game. If you don’t feel like reading, you might look at art, fall into a rabbit hole of artistic styles, or music, or dances that enthrall you. For me, I found some renewed joy in running Dungeons & Dragons games over the last 2 years.

The intention is that, when you find happiness in your own creativity or the creativity of others, that joy will inevitably carry over to your other crafts, too.

Keep at one project until it’s done

The biggest contributing factor to a project losing its momentum is a distraction. This can be an outside distraction such as a television show you’ve seen thirty-four times already, other obligations, or other hobbies. it can also show up as inside distractions, such as inclinations to check social media, Tik Tok, jamming to some particularly good music, or another story idea! And this isn’t to say that giving any of your attention to anything outside your writing is necessarily a bad thing. But it’s important to remember that the laws of gravity also apply to creativity: an idea in motion tends to stay in motion unless affected by some other force.

Your idea is always at risk of losing its momentum, so it’s a good practice to get back on it whenever some free time becomes available, provided you have the headspace to go with it. I know this can be harder to obtain for some of us, and that’s ok too. You have a lot on your plate as it is, and should prioritize self-care first. But if you do find that time, add some momentum every chance you get. if another idea comes along that you really like, write it down and put it away for the moment. Finish what you’ve started, then come back to that idea. If it still fills you with excitement, start that one next. This brings me to my next point.

Focus on what excites you

This isn’t to say that you should drop other projects when a new idea comes along that also feels very fun. A project should always feel exciting, but should also be consistently exciting. An idea can pique your interest for a time, then lose its charm after several hours or even a couple days later. If this was an idea you had put away for later, then this is the perfect time to evaluate your feelings on it. Do you still feel excited to get started, or does the premise feel less than fun now? Is it really worth your time, or do you want to try it just because you already wrote it down?

There’s no reason to give your energy to something if you’re not receiving any energy in return. It shouldn’t feel like a chore just to make some progress on a story or project. If it’s no longer feeling worthwhile, it’s okay to stop. This one can go into the pile until it feels good to start on it again. Either edit it or try a different approach so it feels fresh and fun again. If this just doesn’t happen, then it might be time to make the hard choice.

Not literally, but figuratively. I feel like I need to specify that for legal reasons. This is actually a quote from the memoirs of Stephen King that I picked up a long time ago. Sometimes an idea is just that: an idea you had while in the shower, or on a walk. Sometimes you may never figure out how to resolve the conclusion, or find the same excitement you had, nor will any technique get you past the wall you hit the first time around. It may do better for your focus and center you on adding momentum to your other projects if you make the call to drop the dead weight. Like I said earlier, this isn’t a sign of failure but shows you explored one concept and may have revealed other ideas you liked better. There are no needless projects when you find the ideas that really matter to you along the way.

If it helps, you can do this in a number of ceremonious ways. You can put it in a box and set that box in a closet. You can take the unfinished manuscript and burn it in the fireplace. Or if you tend to write your ideas in a composition notebook, as I do, just marking a big X over the page will remind you that it’s no longer worth looking at.

I will say again that this isn’t an exhaustive or final list of things you can do to help clear the stack of unfinished WIPs you may have. So I encourage you to contribute any advice you may have learned along the way that has helped you as well. If you’re here looking for more advice, I would encourage you to see what others have written for you as well down below.

And don’t ever let yourself be discouraged. You’re gonna crush this. I know you will!

3 thoughts on “My advice to finishing that stack of WIPs” 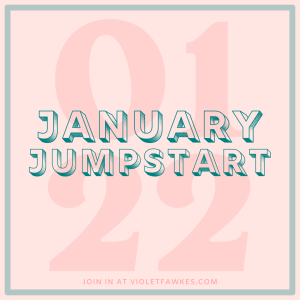